Blame It On the Alcohol 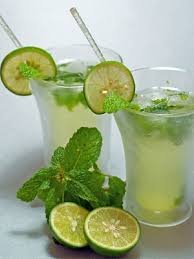 The New York Times' Helene Cooper had her goof Wednesday night when she misidentified Sen. Bill Nelson in a report from President Obama's Miami fundraiser, calling him Sen. Ben Nelson. She also said that POTUS was the one with the wrong name, not her.

She quickly corrected the goof in an email featuring the subject, "Ack! Pool correx."

"Turns out potus was right and pool was wrong," wrote Cooper. "Its bill nelson not ben. Blame the mojitos. Please disregard all refs to ben."

A little drinking on the job? An earlier pool report from Cooper on Wednesday evening declared, "your pool is awaiting their mojitos at the Fountainebleu."