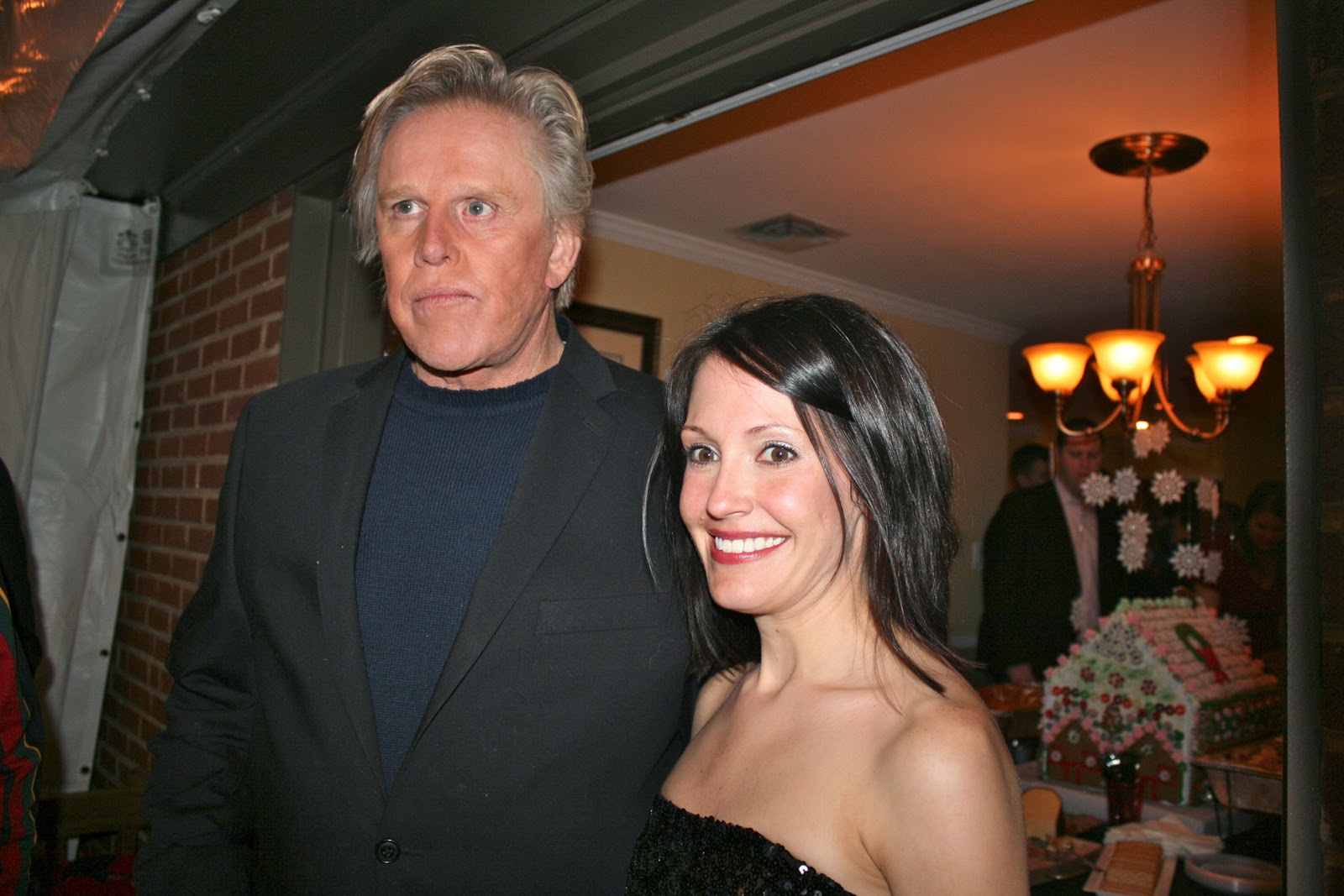 Gary Busey was in town over the weekend and he was talking 2012. While his former Celebrity Apprentice boss isn’t in the race (yet?), Busey says he’s going with Gingrich anyway.

"I like Newt Gingrich a lot," he told Hollywood on the Potomac. And he gave him a bit of an endorsement—the way only Gary Busey can. "He's great, he's fantastic. Never mind the past. I'm going to give you a BUSEY-ism for past. Past stands for preoccupation about spent time. You need to get out of the past to get into the now. The word now stands for no other way. That's the best place on earth. I like Newt Gingrich because I like what he stands for, I like what he's done. I like his observation on this country, where the country needs to be."

(Photo Courtesy: Hollywood on the Potomac)
And just in case you're looking for some other Busey-isms...

Posted by Pamela at 8:24 AM No comments: Links to this post

A short trailer for “Veep” – the forthcoming HBO comedy starring Julia Louis-Dreyfus as vice president is out. I can't wait for this show! I'm a big fan of "Elaine" and the concept looks funny.

Capitol File magazine profiled Julia Louis-Dreyfus this month and asked her about the forthcoming show. She says the show isn't about partisanship, but, "What it is, though, is a show about political behavior. And that is where the comedy comes from.”

Posted by Pamela at 8:15 AM No comments: Links to this post

Sarah Palin’s looking to air another reality show, but so far no network has inked a deal with the Palin clan. The Hollywood Reporter has learned that "Palin and Mark Burnett are pitching another reality series, this one more focused on Palin’s husband Todd and his career as a championship snowmobile racer. But for now, TLC owner Discovery Communications has passed, say sources. And A&E Networks, which entered into a bidding war with Discovery for Sarah Palin's Alaska, also is not interested. So far, networks have balked at the steep asking price – Palin's Alaska went for north of $1 million an episode and sources say Burnett and Palin are asking for a similar payday for the follow-up."

It's hard to get someone to pay you a million bucks when you're no longer relevant. Are Sarah Palin's 15 minutes finally up?
(Photo Courtesy: TLC)
Posted by Pamela at 8:10 AM 1 comment: Links to this post

Last week, the great Llewellyn King invited me on his program, "White House Chronicle." I had a great time talking about the 2012 campaign, the Euro Zone Crisis, and the Twitters!

Posted by Pamela at 12:05 PM No comments: Links to this post

Gaga-loo at the White House

Lady Gaga made a surprisingly low key visit to the White House on Tuesday. According to the White House blog, she was there to discuss her anti-bullying initiative. A White House aide confirmed that Gaga met with staffers from the Office of Public Engagement. The pop star expressed frustration about the bullying issue after a teen suicide in September and declared over Twitter, “I am meeting with our President. I will not stop fighting. This must end. Our generation has the power to end it.” Though Gaga didn’t sit down with Obama on Tuesday, she did recently see him at a fundraiser in California. More from Politico’s Click.

(Photo Credit: Interscope Records)
Posted by Pamela at 5:40 AM No comments: Links to this post

President Obama’s Martha’s Vineyard Rental is off the market. The Martha’s Vineyard Gazette reported: "Blue Heron Farm, the sprawling Vineyard estate where President Obama has vacationed with his family for three years, has been purchased for $21.9 million by famed British architect Lord Norman Foster and his wife, Lady Elena Foster." Originally listed for $24.5 million, the property boasts “two full-sized homes, a boathouse, a 150-year-old barn that was brought in from Pennsylvania and reassembled, a riding ring, tennis and basketball courts, multiple gardens and an apple orchard,” according to the Gazette. And if that’s not enough, “a white clapboard farmhouse on the property was inspired by the home in the Kevin Costner movie 'Field of Dreams.'”

I can't even find the words to explain what this is, so I will let the New York Times do it for me:

Donald Trump is pairing up with Newsmax, the conservative magazine and news Web site, to moderate a presidential debate in Des Moines on Dec. 27.

“Our readers and the grass roots really love Trump,” said Christopher Ruddy, chief executive of Newsmax Media. “They may not agree with
him on everything, but they don’t see him as owned by the Washington establishment, the media establishment.”

Mr. Trump’s role in the debate, which will be broadcast on the cable network Ion Television, is sure to be one of the more memorable moments in a primary season that has already delivered its fair share of circus-like spectacle.

Newsmax sent candidates the invitation on Friday afternoon. It began, “We are pleased to cordially invite you to “The Newsmax Ion Television 2012 Presidential Debate,” moderated by a truly great American, Mr. Donald J. Trump.” Spokesmen for several candidates did not immediately respond to questions from The New York Times about whether they would accept.

What is Ion TV? I'm going to need to TiVo this for sure...
Posted by Pamela at 2:21 PM No comments: Links to this post