From Bill Bradley to Michelle Kwan to Rafalca Romney: A history of Olympians in politics

With the 2014 Olympics in Sochi getting underway, we took a look at some Olympians of the past who made the jump into politics. From basketball stars to a figure skating champion, Olympics history is littered with athletes who’ve represented their country in the Games and in the political arena.

After serving in the military, Metcalfe started his political career as an alderman in Chicago in 1949. He would eventually win a seat in Congress in 1971 — representing Illinois in the House until he died in 1978.

Posted by Pamela at 12:07 AM No comments: Links to this post

HBO's Emmy-nominated series Veep will be back with an all-new 10 episode season this Sunday, and luckily HBO has been providing viewers with more sneak-peaks into the new season. The political comedy, starring Julia Louis-Dreyfus as Selina Meyer, will continue to follow the fictional Vice President Meyer as midterms approach. Be on the lookout for the long list of guest stars including Gary Cole and Jessica St. Clair.
Posted by Unknown at 5:41 PM No comments: Links to this post 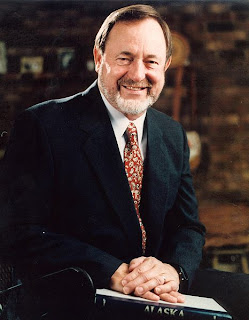 It's no secret that republicans have been grappling with ways to draw in Latino voters after winning just 27 percent of the Hispanic vote last election. In fact, only one in ten republican votes last election was cast by a non-white American, according to the Huffington Post. To accommodate for the disparity, the party claimed that they would not change their policies, but rather choose more inclusive words and rhetoric to attract minority voters.

Apparently, Rep. Don Young didn't get the memo, referring to a group of Hispanic workers at his childhood farm as "wetbacks."

"I used to own - my father had a ranch. We used to hire 50 to 60 wetbacks to pick tomatoes. You know it takes two people to pick the same tomatoes now. It's all done by machine," said the Alaskan representative in an interview with KRBD earlier this week.

After a slew of backlash, Young released a statement claiming that he was raised in a different time and meant no harm by the comments, saying,“I used a term that was commonly used during my days growing up on a farm in central California. I know that this term is not used in the same way nowadays."
Posted by Unknown at 2:03 PM No comments: Links to this post

Tina Fey is back with yet another quite funny Sarah Palin impersonation. Poking fun at the former governor and vice presidential nominee, Tina Fey addresses everything from style to gun control to same-sex marraige.

"Marriage is meant for people who wear different kinds of bathing suits," she says as Palin.

Tina Fey Answers Questions As Sarah Palin
Posted by Unknown at 1:47 PM No comments: Links to this post

After Sunday’s episode of The History Channel’s new mini series “The Bible,” social media was launched into a full on frenzy including trending topics such as #ObamaIsNotSatan, which trended on Monday.

But, the show started gaining attention even before the episode aired when conservative commentator Glen Beck took notice of the Obama look-a-like, actor Mohamen Mehdi Ouazanni. He made sure to contribute to social media controversy, though, tweeting this, early Sunday morning:

Anyone else think the Devil in #TheBible Sunday on HIstory Channel looks exactly like That Guy? twitter.com/glennbeck/stat…
— Glenn Beck (@glennbeck) March 17, 2013

The History Channel along with the show’s executive producers, Mike Burnett and Roma Downey, were quick to respond.

“History Channel has the highest respect for President Obama," they said in a joint statement. "The series was produced with an international and diverse cast of respected actors. It's unfortunate that anyone made this false connection. History’s The Bible is meant to enlighten people on its rich stories and deep history.”

The two producers also replied, “This is utter nonsense, the actor who played Satan, Mehdi Ouzaani, is a highly acclaimed Moroccan actor. He has previously played parts in several biblical epics -- including Satanic characters long before Barack Obama was elected as our president."
Posted by Unknown at 4:33 PM 2 comments: Links to this post

It's not just President Obama's second go round in the White House. First Lady Michelle Obama is also trying to decide how to best use her platform in the next four years.

Posted by Pamela at 4:26 PM No comments: Links to this post