Aretha's Out for Rangel's Birthday Bash 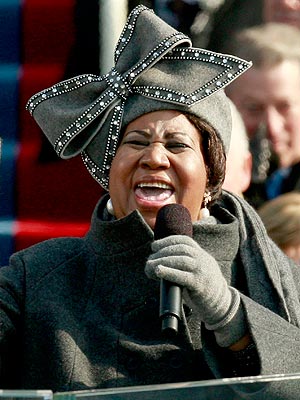 Aretha Franklin is recovering from a fall she suffered Sunday—fracturing some ribs—and has been forced to cancel two upcoming concerts in New York City. Aside from the Brooklyn events she’s already canceled, her injury has also forced her to cancel her appearance at an August 11th birthday gala and fundraiser for Congressman Charlie Rangel. Maggie Haberman says, “A Rangel spokesman confirms the injury is sidelining the headliner for the event, and says the congressman has reached out to her on a personal level to see how she is.”