The Latest on the Helen Thomas Controversy 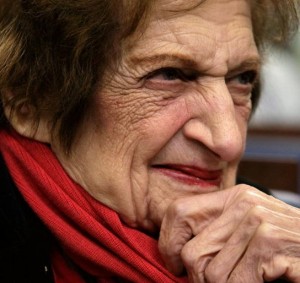 Mediaite's got the best synopsis:

(And just as I went to post the tick-tock, Thomas released a message saying she's retiring). Here’s the full announcement from Hearst:

Her decision came after her controversial comments about Israel and the Palestinians were captured on videotape and widely disseminated on the Internet.

Thomas later issued a statement: “I deeply regret my comments I made last week regarding the Israelis and the Palestinians. They do not reflect my heart-felt belief that peace will come to the Middle East only when all parties recognize the need for mutual respect and tolerance. May that day come soon.’’