We Officially Know Nothing About the Clinton Wedding 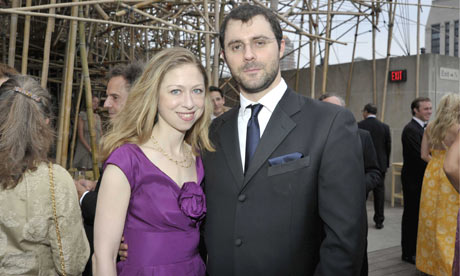 Everything we thought we knew about Chelsea Clinton’s wedding may be untrue. The rumor-mill’s been chugging away, but there are some new developments in what we thought was fact and what's turned out to be complete fiction? Gawker says everything we heard about the guest list is untrue. "Despite being widely reported by every news outlet, one Human Events reporter contacted Oprah Winfrey, Ted Turner, Doris Kearns Goodwin, and the White House to confirm their rumored RSVP’s—none of them had even been invited. And what of the upstate New York locale? Gawker says, “The Hudson Valley News broke the story that Chelsea was marrying in Rhinebeck, NY, and the Associated Press followed suit. But now the Wall Street Journal reports that nobody in Rhinebeck believes it, including the mayor, who has heard nothing about the wedding, and says his sleepy little town's traffic and emergency services aren't ready for an event the size of Chelsea's wedding.”