The Price is Right with the Nobel Peace Prize 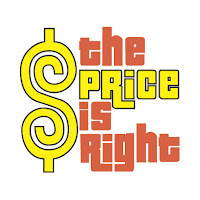 It is my firm belief that anything set to the theme song from "The Price is Right" is automatically funny (please see audio file below for hilariousness). President Obama accepted his Nobel Prize yesterday in Oslo, Norway and while he faced criticism from home about the award, Norwegians were none too please with the President either.

AND...Michelle Obama is the MOST fascinating person of 2009--at least according to Barbara Walters. I might just be me, but I'm getting a weird vibe between Michelle and Barack. They both have been joking with each other in a bit of a bizarre way. ("Revenge" and "Resentment" Mrs. Obama? Really?!)