Colbert, who is no new-comer to political fundraising, is hosting an event on Feb. 22 to support sister Elizabeth Colbert Busch's race to replace former Representative Tim Scott. The fundraiser costs $250 for general admission and up to $5,200 to attend a private dinner.

Colbert’s invitation reads: “It is rare for me to take an active role in anyone’s political ambitions other than my own. But this is different – beyond a brother’s love, I truly believe Lulu is the best candidate to represent my beloved Lowcountry in the United States Congress.”

Busch announced her candidacy for the position in January. Colbert has stood by her side avidly since her announcement, announcing her run on his self-titled talk show in addition to his fundraising efforts.

Busch will be one of few democrats running for the republican-leaning district based around Charleston, but Colbert is very optimistic, writing on the invitation “our chances look good.” 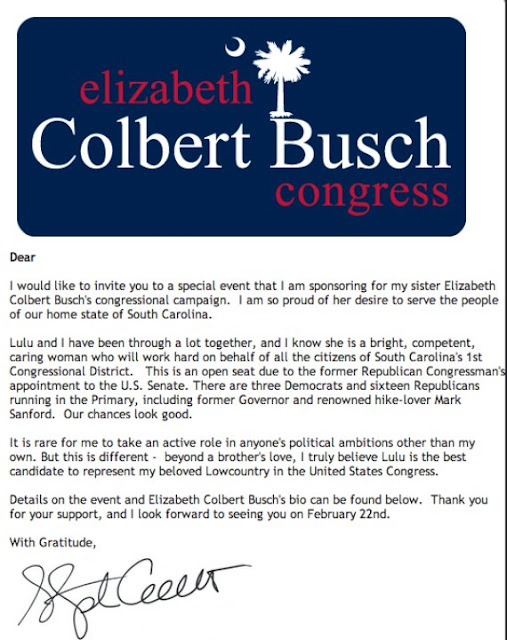